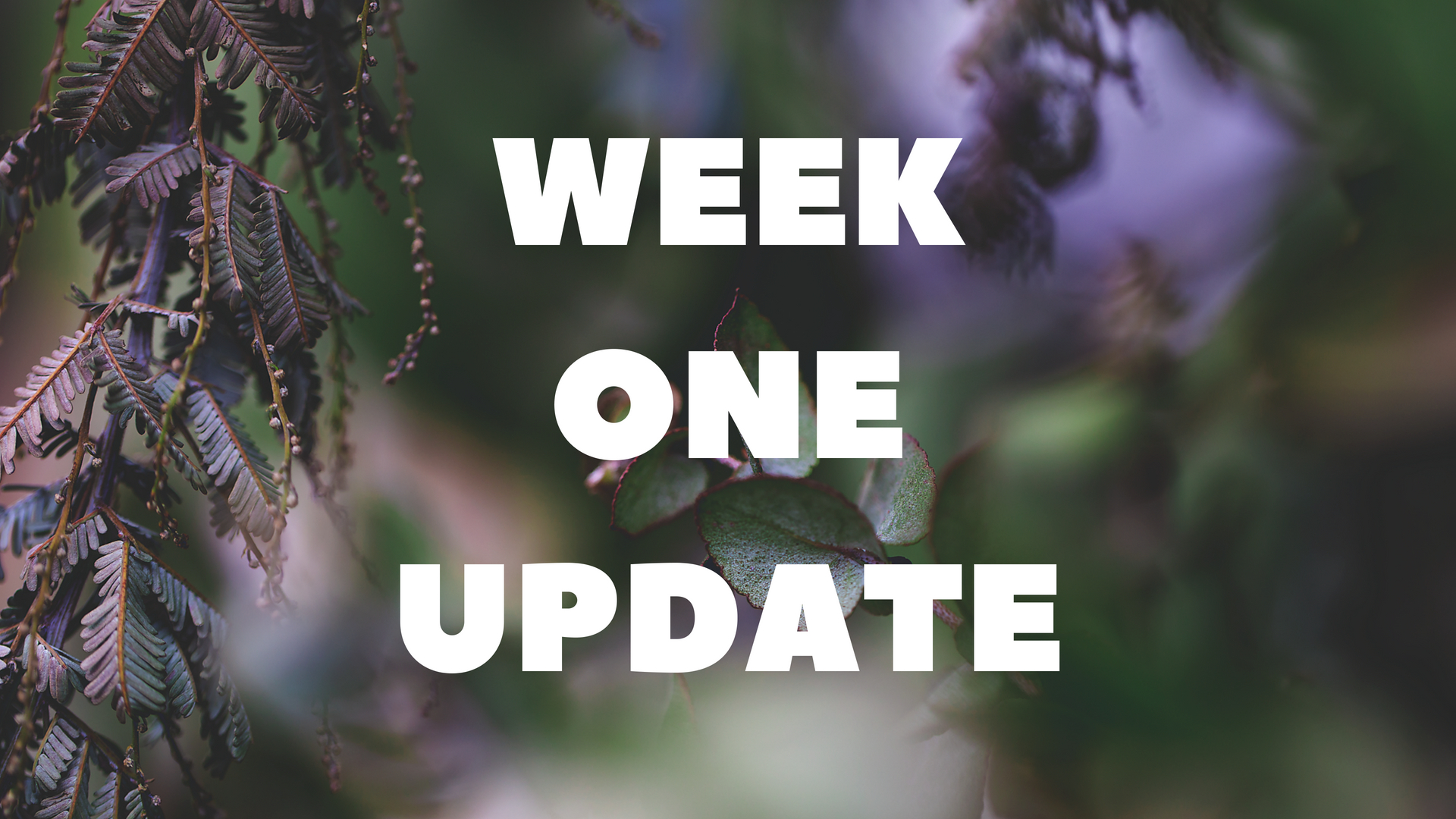 Do you ever get to that point in time in your life and you go –
you know what,  it’s probably now time to make a change?

And really – whenever you’re going through a lifestyle change I think that shock/horror moment is always the weigh in part.
Monday, I did the official weigh in, which, to be honest, I nearly cried over as officially the heaviest I’ve been in the past year which really sucks, but hey, I guess we’ve got to start somewhere.
Kicking myself I didn’t get my week one photos done – but I’ll do them later today so I won’t be too far behind.

So I started this journey a week ago now and super excited to see that’s it’s already started to make some difference. I probably decided a few days late that i would actually look at writing down a day by day diary, but thankfully, I remembered most of the changes.

I wanted to make sure that I attempted to document as much as I could this time around, so that it gives an honest reflection of the #IfICanDoItSoCanYou (Sorry not sorry for the long hashtag!)

Also officially ate clean for the whole day – (food photos as below) – also deciding that for the first four weeks, won’t be calorie counting.
I spent 45 minutes at the gym; 30 minutes on the treadmill, 10 minutes on the bike and 5 or so minutes on the Elliptical.

Again ate clean all day, but the main carb and sugar withdrawals came at me bad. I was in such a bad mood towards anyone who came near me, and whilst conscious on trying not to let it get the best of me, I can’t say I 100% came out on top.

5km with no resistance on the treadmill – in 50 minutes.

On a positive, I had no food cravings, although the temper issue was still super there. Got through the day and begrudgingly went to the gym once more, swapping between the bike and treadmill.

Ended up feeling a lot more energetic to get up and go to work, and not feel like a total horrible human being towards people. Still had a few down moments, but all in all had a good day. I even said no to a Red Skin, which I was super proud of.

Gym wise – took 50 minutes on the treadmill for 4.42km – Muscle stiffnes in the legs ended up being a downfall. Must remember to stretch.
#StretchIsBest

First day all week that I was SUPER PUMPED and be an awesome member of society. Was really happy all day (Minus getting some not so amazing customers at work, so I’ll ignore that for the process of weightloss reflection.)

Ended up being really excited for the gym – however, decided it was time to step away from the treadmill and work on core and floor work.

I realised quickly that I need supervision because I’m pretty sure I took more selfies than I did exercise for the 45 minutes.

Sooooo.
I kinda ended up drinking a fair bit the night before and ended up sleeping for literally the whole day. Bright side- was generally vodka and diet drinks so very little calorie intake, however,

No food photos as I was dead to the world whilst eating – but a pizza and some doritios were consumed.

DOMS kicked in for my reverse crunches and push-ups that I did yesterday, so apparently although I was being super lax, I was still activating something woo!

Again, slept for the majority of the day, which is certainly not what I wanted. I had hoped to go out and actually do a road trip back around Tassie for one of the great short walks – but my productivity started and ended with me cleaning my car. Whoops.

I did however do my grocery shopping for the next few days, so that’s a small win, but looking forward to getting back into the swing of things tomorrow.

One of the best things about doing this post is noting that I’m also 100% not eating enough, so that’s going to be something I work on this week.
Other goals as follows:

We got this!
What are your goals for the week? What are you looking forward to the most?
Let me know in the comments!

Don't get me wrong, I'm all for sitting inside all

Whilst still holding on for dear life for the last

Y'know, when you talk about depression and anxiety

#TBT (tuesday - that's allowed, right?) to where I