© 2020 Claire O'Beirne / Short Girl Walking - Disclaimer: We participate in the Amazon Associates program and purchasing from Amazon after clicking on selected links on this blog might earn us a small commission. 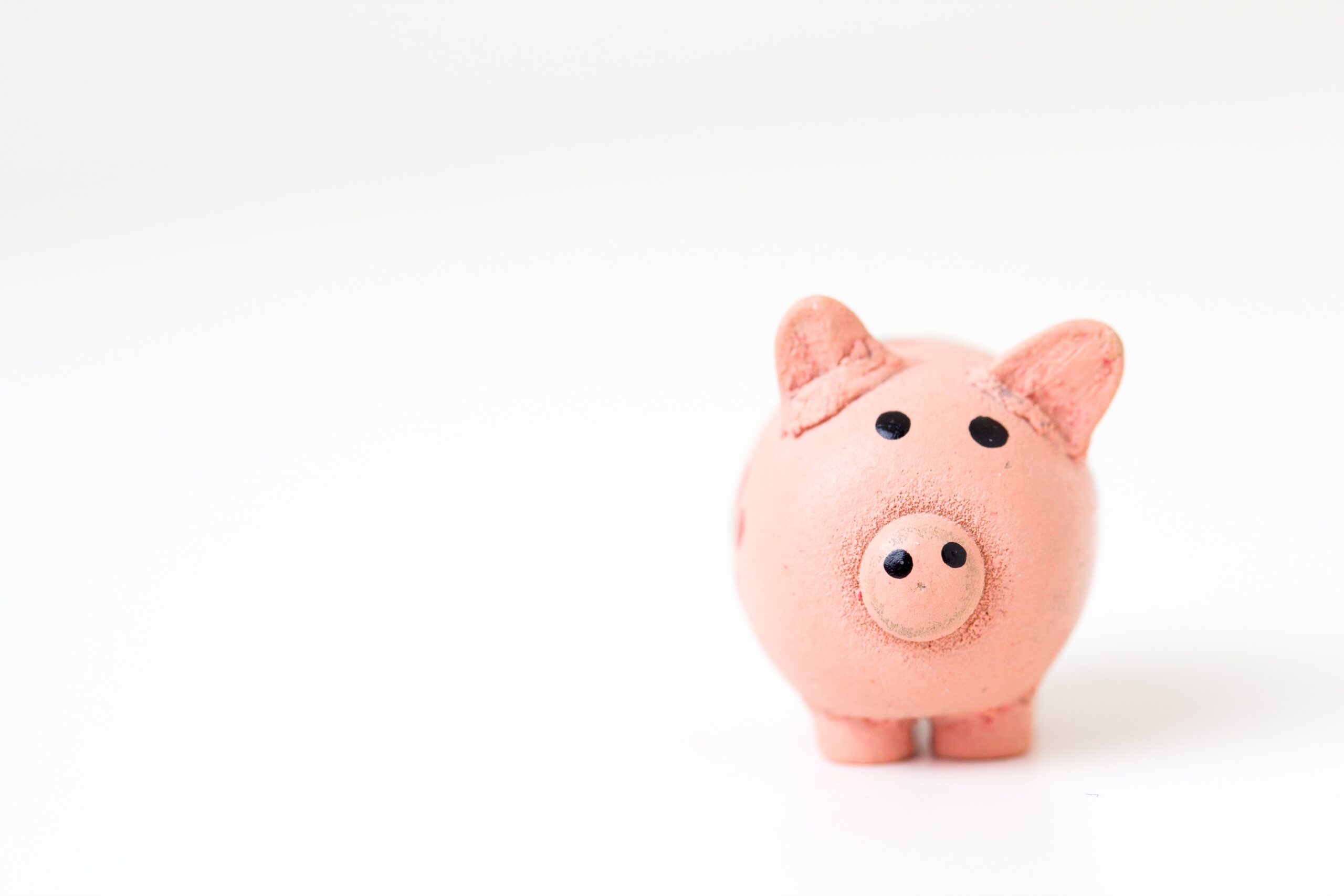 Have you ever had the thought, "Hmm. I'm sure I had more money in my bank account?" I know I sure have, and during this time of financial stress, it's not a nice feeling.  A few years ago my Dad gifted me a copy of the Barefoot Investor. I can't help to rave about this book. It really helped me to look at my expenses into a bit more scrutiny.  As is the case though in chaotic times, we sometimes fall into bad habits. I may not be as on top of the debits coming out of my account as I once was.

One of my biggest things that I continually get stung for is recurring direct debits that I no longer need, or utilize very little.  So, I figured what better time to go back through and make sure that what is coming out of my account is actually a necessity (or, y'know.  Something important. Like Netflix!)  Shockingly,  there was actually quite a number of items that popped up through my search that I just didn't use anymore!  I ended up saving nearly $75 a month by cancelling them, so it's absolutely worth the check.

Photo by Daria Shevtsova on Unsplash

How many times have you gone through a mall, or down the street, and encountered really persuasive people with cool accents, asking you to sign up to support a sick child that only YOU can help?  Probably a lot, if you're like me.  I remember the lady who got me.  She was great - this amazing Irish accent, and we chatted for like half an hour about super personal details of life. What wasn't great was that I kinda forgot that I signed up - and $20 a month for 12 months later - let's just say I'm glad the Children's Hospital in Sydney was grateful for my donations.  (They were the only people to send me a Christmas card, so thank you for that!)

Now,  I'm not saying donating is a bad thing, and technically it can count as a tax write off. Plus, it was really because I couldn't afford it that I ended up stopping my recurring donation, but this is something you may actually be paying for without realizing.

Remember that time you thought that you were going to get super serious about your exercise, and signed up for a premium MyFitnessPal plan?  Or, how whoops, you swiped the wrong way of the person of your dreams on Tinder - and paid for their gold membership to get that match back?    Or signed up for a free trial somewhere, and then didn't use the app again?

I'm usually the person who has great expectations of myself, and never quite follows through, so these ones are a big one.  These can also be a little tricky, as many of the apps require you to log into the app store itself to cancel the subscription, rather than through the app.

Photo by Maxim Potkin on Unsplash

Coming off the back of the Play Store/ Apple Pay -  another direct debit to check out for is services you're no longer using.  Being a photographer, and really into the digital space, I know I have a ton of debits that come out each month, and some of them aren't relevant to what I need at the moment.   The other big thing is the programs you sign up for that are 50% off - but on the refresh they go back to full price.  (I've been caught out with that a few times!)

Here's some considerations to look out for:

*I actually encountered this when I moved a few years ago.  The previous tenant had signed up to a razor delivery subscription, and for months we kept getting new razor blades sent to us (we contacted the company a bunch of times but apparently that didn't really help.)

Let's be honest, no one likes being scammed. There's a lot of anger, humiliation and confusing when you start seeing things coming out of your account that you can't actually pinpoint.   In a number of groups I've seen on Facebook, there's been a lot of talk of an iTunes scam, where it looks like there's payments being taken out from the Apple store. Some of the chargers start super low, like 99c,  but can quickly go up to the hundreds of dollars.  Because they look like legitimate chargers,  they can often slip through the cracks of anti theft transactions from your bank.   I almost got caught out with this last year where I had four notifications in a row for "Amazon" purchases,  and I had never used an Amazon product in my life.

Whilst not a "direct debit" as such, they certainly can be a recurring charge and can be hard to recover if you're not quick onto it.

Here's the Fifth One:

So here's another potential bank account drain.  And, real talk for a moment:  I was a retention and resolution agent for a pretty big telco company in Australia for over five years. One of the biggest things I wish I could have shouted at people was to look at their contracts, and check what in the world they're paying.  There was so many customers paying upwards of $50 a month for something that they were:

1) out of contract for,  (sometimes by up to five years, if not longer)
2) not utilizing the inclusions of their plans and,
3) getting over charged for items that were now included in newer (and cheaper!)  plans

I will say that in the last twelve months I was with that company there were a lot of outbound campaigns to try and get people to upgrade, or to change their plan where possible.  However it is not an obligation of your telco to advise you when your plan is up.  It's worth to check your bank account and see how much you're paying each month. It's also worth seeing how much longer you have on your contract, and make a decision on if your plan is still suiting you.  There's many low cost telcos out there (I personally like Boost and Ovo ) that may be saving you a pretty penny.

Paying for someone else's stuff

I was about to finish up with number five and then just remembered a MAJOR forgotten direct debit - Paying for other peoples things!  In my experience, it's usually when you're in a partnership with someone, and you've agreed to split bills (looking at you again, Netflix)  - and then post relationship,  you're still paying for either a full service (ie, a family plan on Netflix, where a standard will do the trick), or one you're not using at all, is crazy!!

Another quick tip from my experience in the Telco industry;  if you're paying for someones phone plan - and it's under your name - you're liable for the monthly bill, even if they're using the service. Whilst that sounds pretty straight forward, a lot of people don't carry that assumption and it can bite them on the butt.  So, if you're not on good terms anymore - and they're out of contract, and/or you're willing to pay out their early termination fee if there is one,  chuck them on prepaid.

One more to keep an eye out on is if you've put your bank account details into a someone else's device. I learnt this the hard way with my brother, whom had a login to my Steam account as he's underage.  Bless his socks, he went on a bit of a spending spree as my card details were saved to the platform.

With things getting tight at the moment - hopefully this list will give you a bit of inspiration to check over your bank account, and make sure you're only paying for the things that you actually need right now.   Have you ever been stung by a recurring debit that you weren't aware of?  Or can you think of something else that I could add to the list? Would you like to see more money tips? Let me know below!

Photo by Paul Hanaoka on Unsplash

Your fave super short Tasmanian Lifestyle Blogger. Has a cute dog. Some times has pink hair. Super intolerant to nuts and dairy. Writes about random stuff so you don't have to.

Hi there! This blog utilities the use of Affiliate Links which means I may earn a commission for advertising/recommendations.  You are under no obligation to buy them, and are of no extra cost if you do choose to buy them.  I do receive a small percentage of the sales to help pay the bills ♥

When you're that adamant on wearing an outfit 💁

Unsure if I should be a @mcdonaldsau ambassador, a

What happens when I air dry my hair? Frizzy ringle

Isolation has been difficult. Not for the lack of

How are we all going today? I spent the majority

© 2020 Claire O'Beirne / Short Girl Walking - Disclaimer: We participate in the Amazon Associates program and purchasing from Amazon after clicking on selected links on this blog might earn us a small commission.
%d bloggers like this: